How to increase the h-index of your article 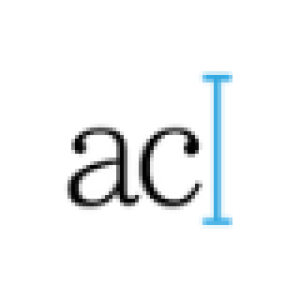 ‘Publish or perish’ is a common dictum in the scholarly world. Successful publication of research not only brings attention to individual researchers but also their institutions. But publishing alone does not keep scholars ahead of their peers. How can we measure the expertise of researchers on the scholarly output? One possible way is the h-index.

What is the h-index?

The Hirsch index (h-index) recommended by J.E. Hirsch in 2005 is a citation-based quantitative metric. H-index is widely used to assess the productivity and impact of a scientist with a single metric. The h-index is calculated by comparing the number of publications and the number of citations of the researchers’ publications.

How is the h-index calculated?

How did we arrive at this number?

This researcher has 7 papers that have 7 or more citations each. Thus, the h index is the number of papers (N) that have received at least N citations.

Similarly, if a scientist has published twelve papers, but the first eight papers have each been cited at least eight times, and the remaining four articles have only been cited three times each, then the h-index is eight.

Researchers with a high h-index are ranked higher than others. So how can an academician improve this golden number?

What is a good h-index?

According to Hirsch (the creator of h-index) – a scientist with 20 years of research experience, an h-index of 20 is successful, 40 is outstanding, and 60 is truly unique.
But the number varies with the field of research and stage of career. For Ph.D. students, a remarkable h-index would be 1 or 2 by the end of the degree. H-index rating for associate professors, assistant professors, and full-time professors differs across different research areas.

How can you boost your citation count/h-index?

The goal is to be findable, readable, and accessible to other authors and researchers in your field. A few things you could do:

Established journals have loyal readers and in turn, can contribute to your citation count. Scholars should plan their writing around the journals that they want to publish in. For help with finding the right journal for your research, read about our journal selection services.

To make your work more accessible to an international audience, it is a good idea to avoid mentioning your country in the title of your paper. Choose keywords so that your article appears in results on search engines. Read: metadata and choosing the right keywords for your paper.

Choose social media channels that work for you, and are popular in your area of study. Spread the word, talk about your research, connect with and follow peers and leaders, use hashtags!

While the h-index is highly regarded as a success metric, it does come with challenges.

Older scientists tend to have higher citation counts, owing to long periods of publication. It can also be tricky to compare one field to another, as the frequency of publishing can differ between areas of study.

The h-index can help identify ideal candidates for funding or job roles, and weed out candidates with potentially low-quality output. Its formula takes into account both quantity as well as the quality of publishing.

While this index should most certainly be considered, it should not be the sole deciding factor to determine the competency of a researcher.

Did you find this article useful? Tell us about your experience with the h-index in the comments.

Direct to your inbox Author Stories: What it takes to endure a PhD Ashoka University, ranked among the top 30 in India (and top 250 in Asia), has partnered AuthorCafé is a browser-based writing platform designed for academic research. It has been built to offer seamless collaboration with peers, access to your files and references in one place, and presentation and circulation-ready templates. By clicking “Accept”, you consent to the use of ALL the cookies. We use cookies on our website to give you the most relevant experience by remembering your preferences and repeat visits.
Cookie settingsACCEPT
Manage consent

This website uses cookies to improve your experience while you navigate through the website. Out of these, the cookies that are categorized as necessary are stored on your browser as they are essential for the working of basic functionalities of the website. We also use third-party cookies that help us analyze and understand how you use this website. These cookies will be stored in your browser only with your consent. You also have the option to opt-out of these cookies. But opting out of some of these cookies may affect your browsing experience.
Necessary Always Enabled

Performance cookies are used to understand and analyze the key performance indexes of the website which helps in delivering a better user experience for the visitors.

Analytical cookies are used to understand how visitors interact with the website. These cookies help provide information on metrics the number of visitors, bounce rate, traffic source, etc.

Advertisement cookies are used to provide visitors with relevant ads and marketing campaigns. These cookies track visitors across websites and collect information to provide customized ads.

Other uncategorized cookies are those that are being analyzed and have not been classified into a category as yet.